In Mr. James’ class, our students practiced their verbal English by talking about synonyms and antonyms. Later they practiced a variety of vocabulary to describe the ideas and things that are the same and different. We finished by imagining how things would be different on “Opposite Day,” and students created storyboards to express their creative visions.

In Ms. Rae’s class, our students practiced all sorts of number vocabulary through the context of pirate stories. This involved conversations about money and plenty of games and storytelling.

In Mr. Barker’s class, our students attempted a variety of activities. Some students prepared a presentations related to their favorite books and movies, whilst others took part in a role-play activity. Others students were given an opportunity to create and perform their own rap songs!

Later in Mr. Tak’s P.E. lesson, our students took each other head-on in a tug-of-war competition! In the evening they will highlight their creativity by participating in Bromsgrove’s famous “Trashion Show.” As part of the Trashion show, they will have to create a series of clothing outfits using nothing but recyclable trash. Later tonight, they will go on stage in our performing arts centre to model these outfits on the catwalk. 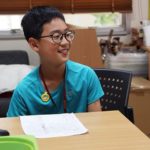 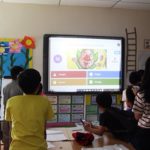 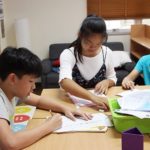 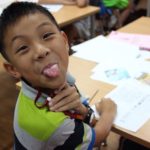 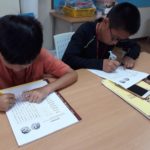 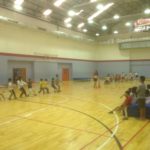