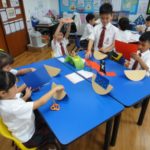 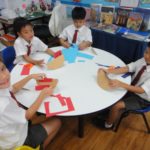 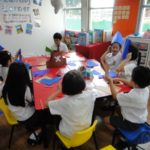 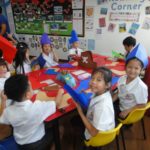 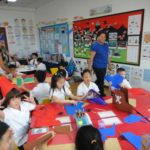 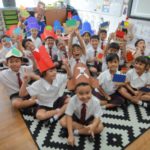 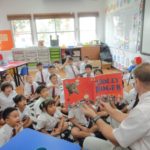 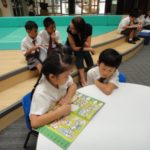 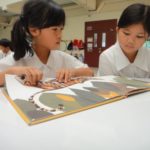 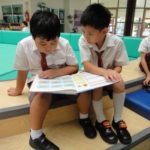 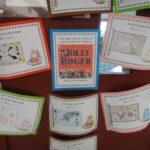 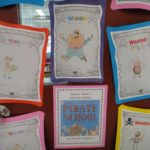 What a fantastic Book Week we have had in Year 2! The theme throughout the Primary School was ‘Pirates’ and in Year 2 we focussed on two stories in particular by Mr. Beale’s favourite author, Colin McNaughton. First of all we read ‘Jolly Roger and the Pirates of Captain Abdul the Skinhead’. The children loved finding out about the silly, clumsy pirates and the adventures of Roger, the main character and hero. We then read ‘Captain Abdul’s Pirate School’. Here the pirates become teachers and set up their own school for aspiring young pirates on their own pirate ship, ‘The Golden Behind’. The young pirates are taught pirate ways and pirate school rules, which are completely the opposite of school rules here at Bromsgrove. Finally, the young pirate students take matters into their own hands and teach those wicked pirate teachers a lesson!

The children took part in many activities over the course of the week based on these stories. They wrote character descriptions for Captain Abdul the Skinhead, drew and wrote WANTED posters for Captain Abdul and his crew, as well as their own ‘Pirate Classroom Rules’ which they read out in the Friday Book Week Assembly. The children also designed their very own pirate flags and were very creative in their ideas.

The children also took part in a workshop on Tuesday morning with our Book week guest, Ms Ati, who showed the children lots of examples of pop-up books. They really enjoyed making pirate hats and pirate ships before thanking Ms Ati for all her hard work and time in preparing such wonderful activities.

We were also joined by Year 4 Kingfishers who were our ‘Book Buddies’ for the week. The children took it in turns to read to one another, experiencing new and familiar books. They asked each other questions and it was pleasing to see just how well our students prediction and inference skills have developed.

Year 2 had a lot of fun reading the two Captain Abdul stories and finding out about pirates. They are already looking forward to the next Book Week, and can’t wait to find out what the theme will be next year?