Primary children had the chance to explore the basic elements of flight in our first BIST Primary STEAM Week.

Although we teach these subjects individually and throughout our theme- based curriculum, STEAM week really promotes the idea of child-led exploration and investigation. It is a research and development model used by MIT (Massachusetts Institute of Technology) and many of the STEAM activities used are based on this model.

The children were given a task to create a paper aeroplane and record distances of flight in a fair test situation. They then assigned themselves to groups which were chosen on a basis of skills and capability in: communication, creativity, maths, ICT and English. The children put themselves forward as leaders and decided what their own strengths and the strengths of their peers are in each area.

To begin with, some of the groups were a little dysfunctional but after some guidance they worked fluently to challenge themselves and choose the best combination of designs. They then tested their new creations and recorded results, comparing them with previous attempts.

The STEAM week was very successful! The children got to think and design freely, without fear of failure and learned that failure can often lead to new learning and improvement. I look forward to our next STEAM activity! 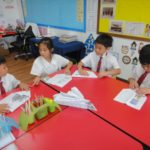 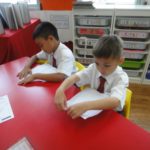 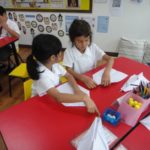 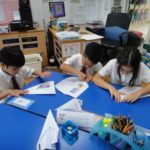 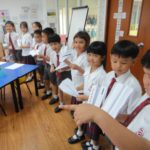 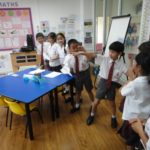 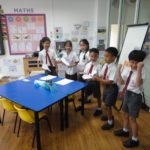 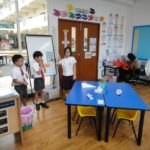 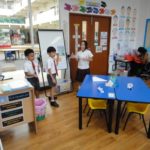 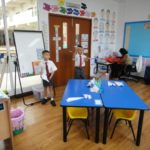